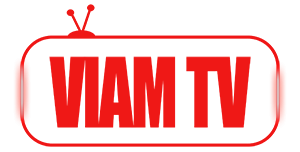 This week’s Mikey Cobban Show on VIAMTV, features 2020 Strictly Come Dancing contestant HRVY. He appeared at Voice in a Million in 2018.

Also on this week’s episode are features with Cassa Jackson and news of her supporting JLS on their Autumn 2021 Arena Tour…and Jonathan Carlton. Jon was with VIAM since the beginning; and went on to appear in the West End’s Adelphi Theatre in ‘Kinky Boots’

© 2022 VIAMTV. All Rights Reserved. All videos and shows on this platform are trademarks of, and all related images and content are the property of, VIAM TV Network Ltd (or third part copyright owner where indicated)  Duplication and copy of this website and or it's content is strictly prohibited. All rights reserved.

All content on this platform is the property of VIAM TV Network Ltd (or third party copyright owner where indicated)  Duplication and copy of this website; and or it’s content, is strictly prohibited.